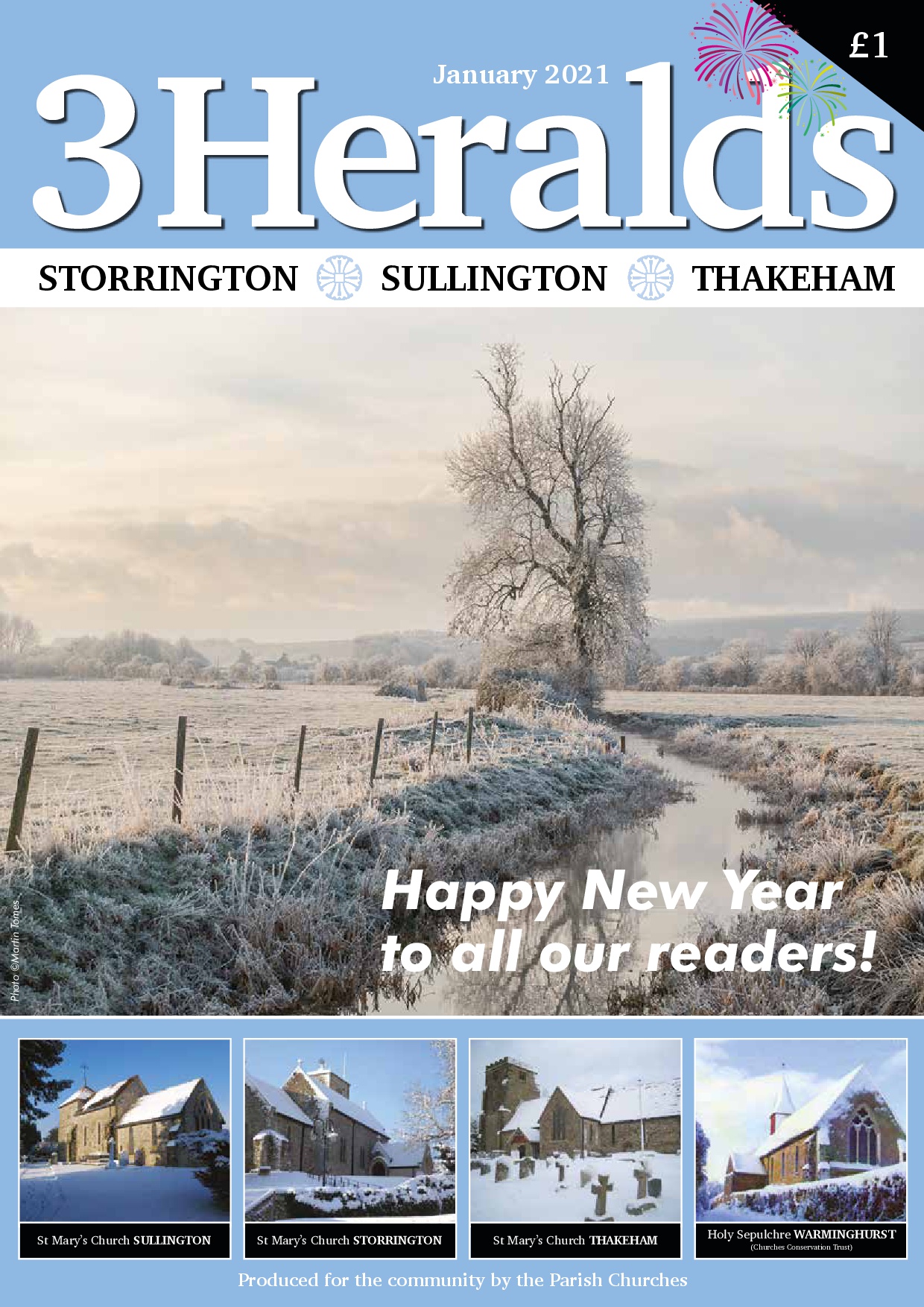 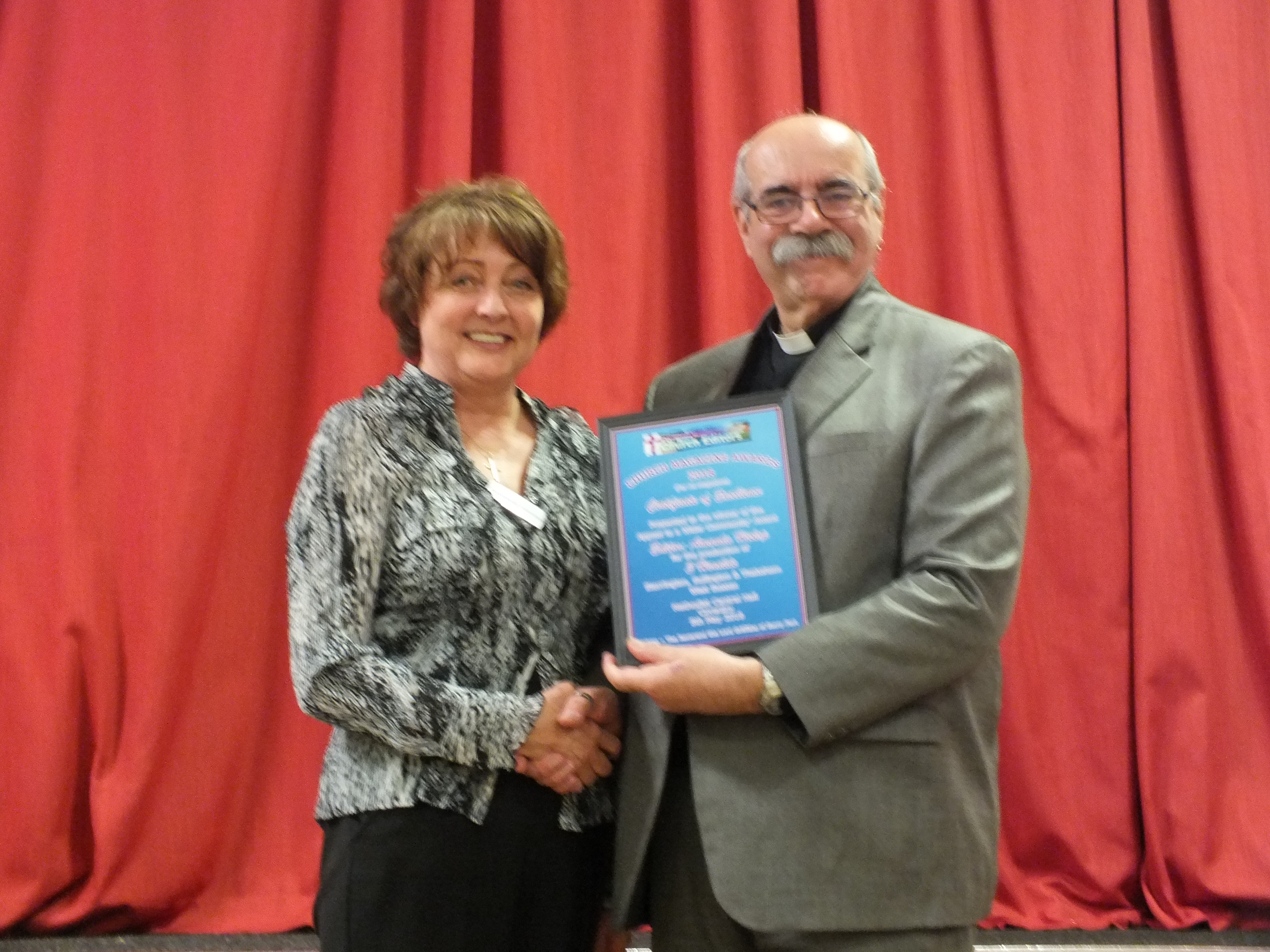 Amanda Hislop, editor of 3 Heralds, attended the national awards ceremony of the Association of Church Editors on 5 May in Coventry. She was delighted to accept a Certificate of Excellence on behalf of the magazine for ‘Appeal to the Wider Community’. The award was presented by Revd John Leach, Developing Discipleship Advisor and Trainer at the Diocese of Lincoln.

Amanda said, “It was a fantastic day with an opportunity to meet editors of church magazines from all over the country. There were many varied magazines to view and I was so pleased we won this particular category, as it reflects the aim of the magazine in reporting church activities as well as an outreach for the community. An added bonus in travelling up and down to Coventry in one day is there were no traffic jams on the motorways !”

John Farrow, Chairman of ACE, said to Amanda, “The judges were impressed with your magazine and even though competition for the top awards was very keen, they had no hesitation in picking you out as one of the winners”.

Amanda is celebrating her 4th year anniversary this month as editor of the magazine and would like to thank everyone for their contributions and support in making this such a successful publication. Isla Rose Matthewson was baptised on 6 December 2015 by Revd Kathryn Windlsow, with Revd Christine Spencer lending a hand.
The proud parents, Derek and Jenny, were supported by godparents Anthony Gould and Nicola Fenney, with Maya Gunn as supporter.
Isla wore a dress that was first worn by Jenny's grandmother, Rosemary Agabeg, who was also at the service. Rosemary lives in Storrington, normally attends St Mary's, Sullington, and is 93 years young! Jenny, her mother, her sisters and her female cousins also wore the dress when they were baptised, so it was a very special outfit, and wonderful for her great grandmother to see Isla wearing it at her baptism.
Isla was a star throughout the service, smiling at everyone! Congratulations Isla, and we welcome you to our family in Christ. 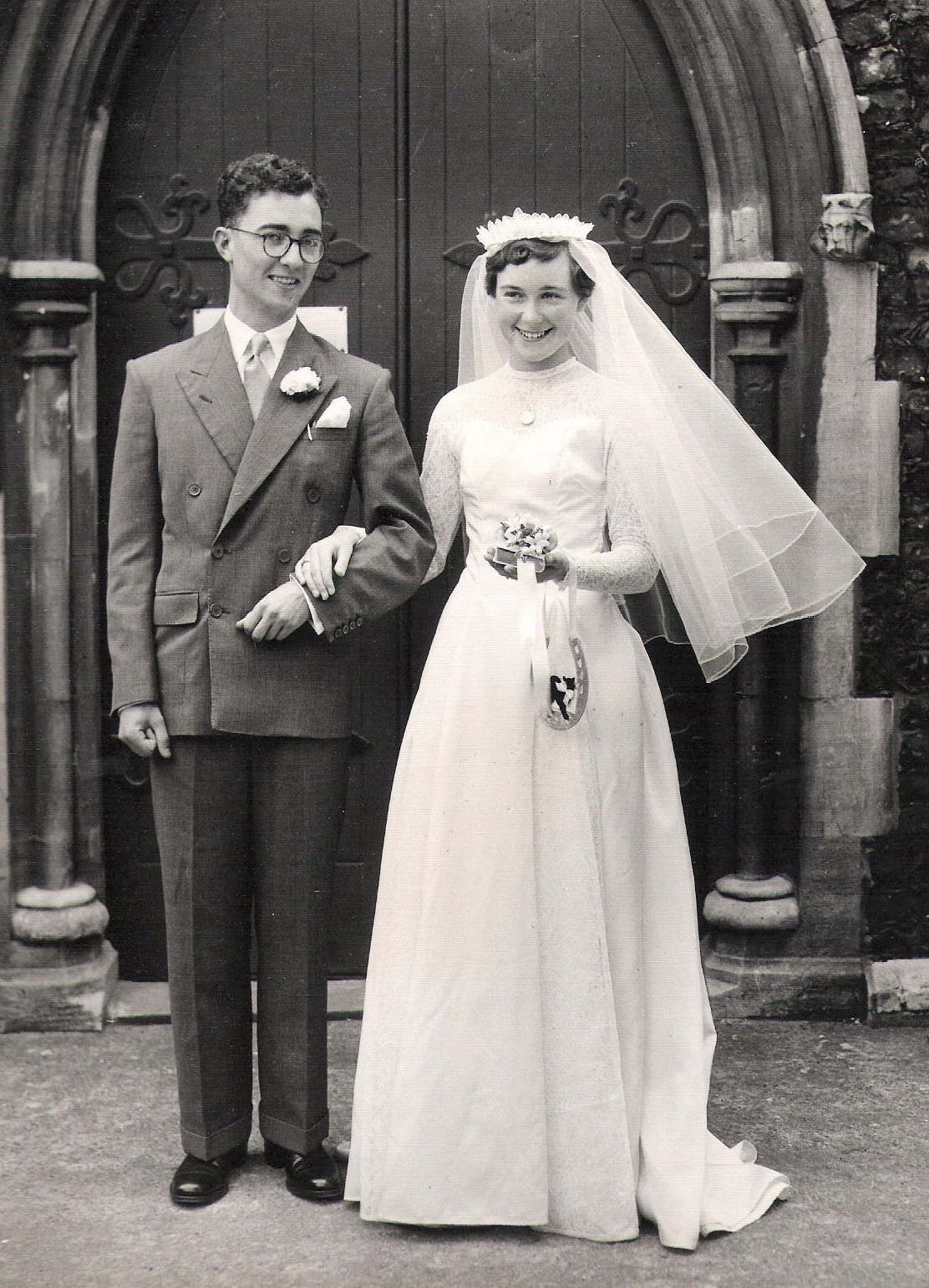 On Sunday, 9 August, everyone at St Mary’s, Storrington, celebrated Clive and Pat's Diamond Wedding Anniversary and they had the pleasure of having their children at the service.

They met as junior clerk and secretary at a firm of solicitors in London when aged 17 and 16 years old.

After National Service Clive eventually joined the Crawley Development Corporation and was involved in the development of the new town, and on 6 August 1955 they were married in All Saints Church, Belvedere, Abbey Wood.

On completing a Diploma in Municipal Administration, Clive's final job was in the Education Department of the Union NALGO (now UNISON) eventually becoming Assistant Education Officer.

They happily settled in Crawley and in due time Mark, Stephen, Ann and Emma arrived.  While the children were growing up Clive trained as a Church of England Reader and was licensed in 1962.  His ministry was principally based at Worth where the family worshipped at the time.  He also, through private study, gained a Bachelor of Divinity in 1969.

When they moved to Gossops Green Clive was a Reader at St Albans.  In addition to caring for her family Pat was also involved for many years in voluntary work, transporting people from the Crawley area to hospital and also organizing the Christian Aid collections, and, of course, as here, helping distribute the church magazine.

Clive and Pat moved to Storrington in 1992, dividing their church affiliation between Storrington and Sullington.   They love reading, music, gardening and Clive is a keen woodworker.  They also enjoy their extended family which includes five grandchildren and three great-grandchildren.

Congratulations, Pat and Clive, on your Diamond Celebration.